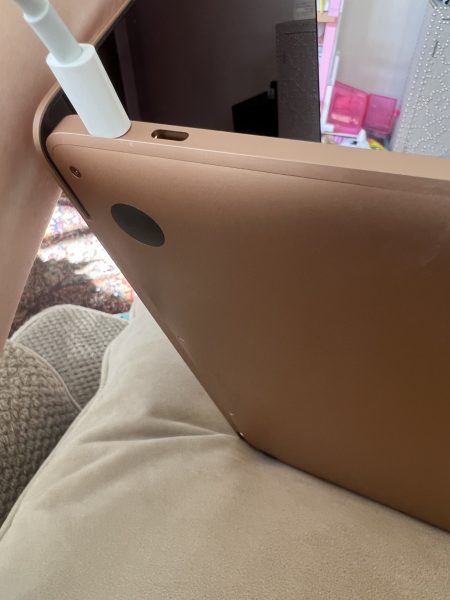 I resisted this years ago because I had just gotten out of tv news and my dream was to be an anchor. I did, then moved to bigger stations accepting producing and writing jobs to get my foot in the door which essentially pigeonholed me and I did not get to anchor again before I left the business. That’s another story if you’re interested. I’ll mention it all! lol

So I resisted because it didn’t feel like I was a writer. Years go by and I keep getting told the same thing, and I keep resisting. Or maybe I just felt like writing that one day I shared a long status on Facebook. But that was it.

Still, even the night I decided to write my book, I was not thinking “I am a writer, I feel the pull”. I was thinking, I just lost someone really close to me and my words help the people around me so much, and I have to spread that love, that gift, and I looked up at the moon and I heard in my head “Write a book”. I couldn’t even tell you why that was the message I got.

Also here’s a fast get to know me… enough has happened to me and for me, that I am completely in belief of messages and God, a higher power, whatever it means for you. So if you think it’s “crazy ish” as my friend pointed out the other day that some people do think, well please stick around anyway 🙂

So I get this message and the feeling you have with all of your body and every cell in it that this is what I’m going to do.

I had NO idea how. NONE. ZERO. Zilchhh… you get it.

Which brings me to another thing someday I’ll probably share about too. I invented projectors for cell phones before video was even on phones, and Door Dash (the idea of) when I was a young Mom and my husband said no one would pay to have fast food delivered if they could go through a drive thru and I said “I would”. But again, NO idea how to do those things,  how to make them come to fruition.

In what little time I had during that time as a Mom, I would google “How to invent things, where to start, how to start” you name it, I did give it a good try. And I had before too when I invented trampoline shoes during a bought of horrendous back pain. The idea was the shoes would be made like a mini trampoline inside, so essentially your spine absorbed no shock. Everyone laughed at my trampoline shoes long ago. I’ve seen stuff like it since.

So when the book idea came, so did a determination like no other, that THIS TIME I would find a way and I wouldn’t stop until I did it. And I didn’t. And how it came to fruition was literal blood, sweat, and tears… a lot of tears.

So your mind isn’t stuck on how blood came from this book… when the publishing house delivered them, I was required to go through all 1,ooo copies which were in like 50 boxes packed tighter than sardines, and by the end of that, my arms were so scraped up it produced blood and I thought, now I can literally say it.

Sweat because I met what I thought would be my publisher in Hell, Michigan on a horse farm where she asked me to meet her, and it was hot. The irony… a book about Heaven, being published in Hell… that should’ve been my first clue she wasn’t the real deal, and before I forget to say it, she did not publish my book. Actually, my first clue was probably when I excitedly called what I thought was a pro and she matter of factly told me to meet her at this place, and she would be the one “Scooping up horse shit”. She did not laugh when she said it. No judgment, I’m just saying, imagine the scenario.

When she turned out to be not all she claimed (of course AFTER I paid her) there was more and more setback along the way.

The coolest part of it all, because this actually is a story I care to share and relive… is the woman who I had contacted to do my website for the book, was with me through it all. She’d ask me how it was going, and after talking to me enough and hearing me cry when I finally just lost it the one day because nothing was going right with these people and I was being lied to, and all I wanted to do was to get this book out to help people.. She said “This is your dream, it should feel good while you’re doing it, let me see what I can do to help”. She felt like an angel and a hero to me all at once. She admittedly knew nothing about book publishing either, but she’s one of the smartest people I’ve ever met, and determined doesn’t begin to describe her. Her determination is with the ease of someone floating on a raft riding a nice little wave on a little body of water. I mean, she kills it, with that kind of ease.

SHE made it happen. Her name is in my book along with a Thank You. She got my book all the way to the publishers of “Diary of a Wimpy Kid”, and I couldn’t have done it without her because to privately publish you need some proof of high revenue from somewhere else… she had that from her Physical Therapy Centers she owns and runs. Who knew right? Like, any of this? We didn’t. So when people (and if one of them was you) ask me how to write a book and get it published, how could I even begin to tell you… this isn’t the standard way, this was divine intervention.

If you did want to know how, they’ll tell you to find a Literary Agent, Google where to start. I can tell you that I’ve heard unless you’re a celebrity, publishers really aren’t going to pick up your book. Don’t look in Hell. haha

But then you hear the stories of all the other Authors who were turned down over and over again until someone said yes, and their books went worldwide and copies are in the multi-millions now. So I would never discourage anyone from doing whatever your heart desires. Mine came to fruition because I wouldn’t stop and from an amazing woman who wanted to help. You never know how your dream will come to fruition but I believe, if you believe.. IT CAN.

So here we are.

I stopped having imposter syndrome (which I still had after the book) and stopped convincing myself that writing meant accepting I was something other than I thought (A News Anchor) News Flash…. that’s another story I’ll share later as well. I am most definitely on the path I was destined to be on.

One of the reasons I’m such a believer in things is, never in my life has God been wrong. I say God, and it can be whatever it is for you. But for me, he’s never been wrong. What feels like the most terrible things in the moment have happened to me, and I will ALWAYS figure out why. That day, a month, 18 years later… ALWAYS it is made clear to me why it happened, and it has ALWAYS come with a greater result than I ever dreamed up, and that’s saying a lot because I’ve been a dreamer my whole life, and I had some grand dreams for me.

So today is my first entry, and I might even add more than one. Although it gets a little hairy when the kids get out of school. It’s like those ideas you get at night about all the things you’re going to have the energy to do the next day and it’s going to be amazing, and then the alarm goes off and you’re like “Nope I’m cool pulling up in the school line looking homeless, and I’m gonna be good going back to bed because I’m so tired I don’t care”. It’s like that. But they will come, and come aplenty. I’m currently working on getting videos up so bear with me, it will be random, it will be exciting, and it will be love.

I have a lot to learn on the tech side but I’ve always been a fast learner. Having said that, the picture I chose (the one with the plug) is to show you that you can laugh at and with me… I didn’t even know which hole the plug went in. Alan bought me this laptop when he too thought I should write, which also came during a time where we had no money for a laptop and I had no desire to be told I was a writer one more time. But look at us now! I’m writing, you’re reading, and I couldn’t be more thankful and happy for it. So I will keep it coming.

But I also am hyper focused, and will need to learn to balance life with this….just now as I was writing, even Alan saying goodbye before he leaves for work made me tense to stop writing…. how mean. lol I do love him, but also…. I’M A WRITER! 😉

I LOVE YOU, THANK YOU FOR BEING HERE.